Unfinished Business and Events of import in the Digital Demi-Plane

A year of gaming time has gone by in that strange and pixelated land, and there continues to be plenty of adventuring opportunities for the valiant, curious and avaricious. Below are a few of the long-running hooks that players could (probably should) look into. 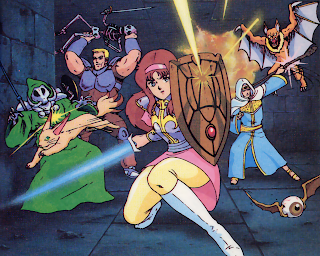 Sasha's Ambition - With most of the other, more active dark lords gone or out of commission, The Mistress of the tower has become bolder and bolder in her action. While Azalin's strange apparatus was destroyed by the (in)famous Jane Murders, Sasha is still attempting what seems like a total take over of Barovania. At the moment, her armies seem to have halted a good distance from Jova City's border. What she plans now is any one's guess, but its become obvious that her doll armies will act without hesitation.

Silent (Gryphon) Hill - While the Heather house is currently occupied by Sasha's maids, the area surrounding it has been abandoned almost entirely. In fact, it seems that the citizens of Mordent have vanished without a trace. Several people are strongly suggesting someone look into it, without actually doing so themselves.

Crisis on an intermediate amount of Planes - There is the little issue of the rift in reality that opened up in Eyvalis swamp. It seems like it leads to somewhere, but the only being to cross through is the famed elven assassin Malice - and he's not returned to Barovania since then. Of course, he's been rumored to have appeared elsewhere, so maybe its safe? 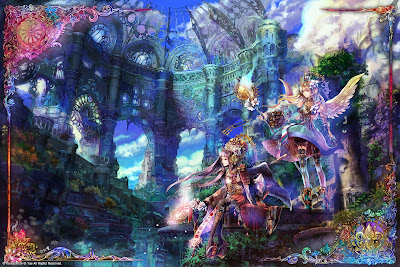 The Melancholy of Queen Regelia - The war with Calian is over, leaving Akenia's hero to deal with matters of state along with her fellow council members. Unfortunately for them, she has made it very clear that she is not particularly fond of their methodology. That, and her history of regicide have gotten several of the regents rather anxious. At this point, both sides may be looking for outside assistance for these matters which may be just the ticket for opportunistic adventurers and would be politicos.

Dragon's Ground - On the eastern border of Akenia there is a plot of land covered in the bones of wyrms - the remains of a literal army slain by the amassed Magitek arsenal of the Shining Land. Their matriarch was the last to fall, cursing her slayers as cowards and murderers. The area surrounding her fallen body became the Dragon Graveyard and even though scales have rotted off and her bones are bleached white, that place bears her power.

Fallen scales, dragon teeth and claws and other parts remain ripe for picking. It really just depends on if one is brave enough to risk the wrath of the Queen of Wyrms.

Secret of the Mana Wastes - South of modern Calian is what used to be much of Calian, a tundra blighted by an blasphemous weapon that has been lost to history. While it has been forgotten by the current Overlord, the land is still crawling with forgotten treasures and forsaken lives. While exploring it is very dangerous, the rewards are quite literally untold.

Beyond that, there is an even greater treasure spoken of; the mighty Star Oak. A great source of magic and healing that was once said to rival Akenia's own Radia Crystal, it is now lost to the people of Calian. None know current fate of the tree, and there are many who would pay handsomely to find out. That is of course, if its discoverers don't decide to utilize what they find for themselves, first...
Posted by NaldoDrinan at 7:37 PM No comments:

Ah, the trials of the adventurer are many!

Even if the conventional dangers of traps and monsters are not enough to dissuade you, one often finds themselves paralyzed by what should be the most liberating factor of them all - a glut of choices. Both Barovania and Akenia have a daunting amount of locations marked on their amateurish maps (That is, more then one!) which is potentially paralyzing for a vagrant who prefers brevity.

This article has been written with that sort of dungeon crawler in mind. Below are a trio of labyrinths selected with accessibility, monster/treasure ratio and level of challenge in mind. It is our hope that once you've sampled these places, you may move on to further explore the realms that house them.

If you instead die while exploring however, please try and do so in the open so that other adventurers may utilize your things. No use having them go to waste! 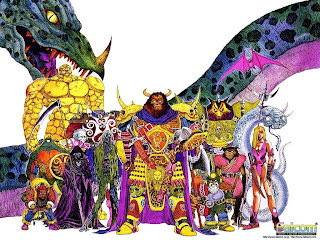 In eras past, there was a demon king named Asmodal. With a legion of monstrous humanoids at his disposal and his own considerable power, this terrible warlord was a threat to the hard fought law and order of Akenia. The greatest heroes of that era wasted no time in turning their might against such a dangerous enemy and quickly cornered the fiend in his colossal tower. Asmodal proved difficult to kill - so instead they sealed him in that infernal place forever, along with his entire brutal army.

This was far from a perfect solution. Even now, Asmodal and his retainers scheme to break the seal and wreck havoc on Akenia once more. Its impractical (not to mention unprofitable) for the Council to mobilize the army to deal with this threat, so a different solution was devised. The area surrounding the structure has become a small settlement called "Tower Town" equipped with small shops, taverns and inns in the hopes of attracting adventurers who may conquer the Spire. Thus far, it has been successful in pulling in adventurers, though they have not made any notable progress as far as tower climbing goes.

Asmodal's Spire is an impressive structure, whose peak is actually high enough to be not quite visible from ground level. (Legends state that it reaches beyond the sky and into heaven, but such rumors are dubious at best.) It is starkly segmented; each of Asmodal's loyal generals have claimed 3 or 4 levels as their own. These areas have been labeled "Dungeon Blocks" or just "blocks". The general's loyalty to one another have frayed a bit, resulting in occasional skirmishes between various forces within the tower. Their dedication to Asmodal has remained steadfast in spite of this.

Most of our information on the tower has been lost, but this much is known.

Finally, the first dungeon block is held by Oliphantos, leader of the Beastmen. While considered the weakest of Asmodal's upper echelon, he is still a formidable enemy. Of course, there is no doubt that a talented group of adventurers might be able to slay him if they were clever enough. 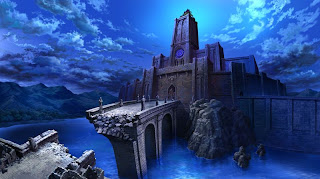 CASTLE RAVENLOFT
Location - In the heart of Barovania
Suggested Levels - Varies, but the outer sections range from 4-6

With Lord Strahd slain, most felt that his famed castle would fall quickly to an onslaught of greedy opportunists. While one such expedition was attempted (led by the infamous Baron Blixa) it was quickly forgotten in the onset a pitched war between the forces of Mistress Sasha and Azalin Rex. While other powers clashed, the throne of that fearsome place was claimed by none other then the mighty Octolich!

...Its alright, we hadn't heard of him either. Anyway, the important thing is that the place is now bustling with activity and that simply can't be a good thing. As such, the citizens of Barovania have made a impassioned plea to experienced adventurers who aren't busy at the moment - break into Ravenloft, kill its monsters and take their things!

Sound a bit too good to be true? Its not all loot and plunder. Ravenloft still has several of Strahd's most powerful retainers guarding each section and the place is covered with dark curses and traps. Its to be expected of course, and the potential payout is massive. A few important facts;

Of course, its to be noted that the famed Baron Blixa is offering quite a bit of reward for any land cleared in Barovania as is. We are certain that he'd very much like an actual castle freed of dark denizens. 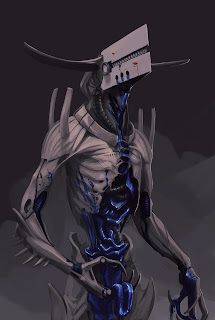 When the war between the two great empires was still in full swing, Calian employed many great bio-titans to counteract the magitek armor of Akenia. While many of these were twice or even three times as tall as a man, there was one ambitious creation that towered over cities. Its name was Vavel, and it was created as Calian's final solution.

Intended to be the weapon that would storm Akenia's capital and crush it utterly, Vavel was instead waylaid in the ocean by the "Gear-Mage" Dizer Gren. He discovered its awful secret, disabled it and was forever changed by the experience. Every attempt Calian made to start the titan back up failed and it still stands in a shallow part of the sea like a grotesque statue. Even frozen in place, the awful thing pulsates with life occasionally letting out a guttural moan or suppressed roar. Its automated defenses and twisted bio-mechanical constructs crawl along its surface, following their final orders without fail.

The innards of the behemoth are rumored to be like a strange vertical fortress, and house many strange and magical things. It is also known that it acted as a troop transport - so the weapons and other equipment of the soldiers unintentionally entombed there are also there for potential looting. Finally, its said that whoever can unearth the mystery behind Vavel's operation could actually take control of the titan.


So that's it! Three dungeons of interest for your adventuring needs. Please direct any questions you may have to Nyako Corporation's public relations department, which can be contacted via phone, internet, message spells or standard mail services.

From your friends at Nyako Corporation; Your guides to a world of adventure!

Posted by NaldoDrinan at 5:09 PM 4 comments: