I jot down random d4 tables a lot. Here are a few.


Alternative Results/Reactions for a failed monster/minion morale check (1d4)
If the monster can speak, these will be shouted or spoken aloud before
the subject attempts to flee, surrender or walk off 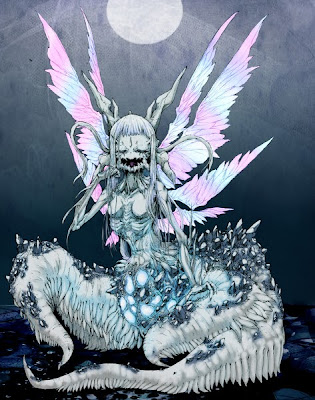 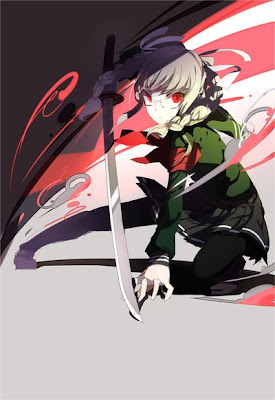 Its been another dangerous slog in some underground hell hole. Your blade is covered in dirt and gore, your arms ache from hauling back more gold then your father ever saw in his lifetime. The wizard slinks off to lose himself in forgotten tomes and your friends want you to come drinking with them.

You decline. Those fools can sink their coin in cheap booze and brief pleasure, but you know that death dances on the edge of your sword. Your failure could easily mean their demise. Instead, you find a place of tranquility to steel yourself and hone your ability. One day you will know your weapon like your own hand, but in till then, you train.

"Patience, Young Grasshopper" is intended for games that employ a system like carousing. A fighter may forgo the additional experience points (and humorous mishaps) gained through celebration to instead benefit (or occasionally suffer) via dedicated practice.

A fighter (Or any character that fits, subject to DM approval) may attempt to benefit from PYG whenever the party spends a significant amount of time (At least a day or so) in a civilized or safe area where the warrior may practice unperturbed. At that time the Fighter's player may make a d20 roll. If the roll is underneath their current level, then the training is without significant event. If the result is equal to, or exceeds their level, then the fighter gains an epiphany. However, if the die roll is an 18, 19 or 20 the fighter is instead saddled with a dire portent.

A career adventurer's martial skill will increase regardless of consistent (or lack of) quiet, dedicated practice. What is sought through this training are moments of reflection or insight that will save the fighter at a crucial point. Once an epiphany is attained, it may be exhausted at any time to do one of the following;

- Re-roll a failed attack or saving throw
- Ensure a single attack will do maximum damage (must be declared before the attack is rolled)
- Attempt to pull off some crazy combat stunt without penalty, such as throwing a sword at an enemy (subject to GM judgement)
- Grant the PC a final action before falling/dying (must be spent at the moment of death)

When spending an epiphany, the character recalls or reflects on a single, poignant moment of their training. Perhaps they recall a moth fluttering dangerously close to a flame but never touching it, or how their spear managed to strike between raindrops. Role-playing this is certainly encouraged, but declaring it and moving on is always an option.

Conversely, a dire portent is terrible indeed. Occasionally one's training will lead to overly critical self-analysis, embarrassing injuries or unwanted attention. If the PC is unfortunate enough to incur such a penalty, the DM should take note. At any time, they may reveal and exhaust the dire portent and enforce one of the following;

- The Warrior's weapon has a fault in it and breaks at the worst moment. A magical weapon's enchantments will temporarily falter.
- Doubt has infested the warrior's mind, and will not be thrown from it easily. The GM may force the PC to re-roll a successful saving throw.
- A foe notices a repetitive pattern in the PC's form, and utilizes it - allowing them to re-roll a single missed attack.
- A particularly powerful rival spotted the PC's kata and is interested in testing their skill. This rival should be an NPC of the warrior stock who is 1d4 levels higher then the PC.

The character may only have a single epiphany or dire portent at one time. They may not attempt PYG again in till whichever they have has been exhausted.
Posted by NaldoDrinan at 8:34 PM No comments:

"Who is this?" Table

The format for results on the table are as follows:

Each table utilizes a d12 because they are the greatest. 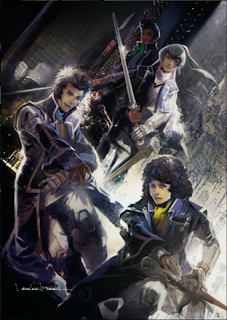 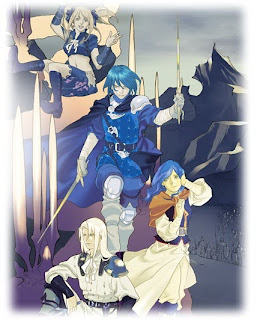 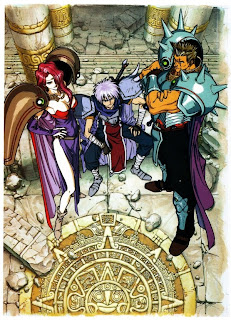 This table is also on Abulafia thanks to Dave. Thanks Dave!
Posted by NaldoDrinan at 9:09 PM 4 comments:

I used to be very reluctant to talk about what influences me creatively. Sure, I'd quickly admit how much The Song of Roland or The Once and Future King inspired my love of romantic chivalry, or Moorcock's Corum stories were a big inspiration on how I handle deities and other extra-planar entities. I wouldn't waste a second citing Kurosawa or Hitchcock as sources for horror and drama in anything I write down.

But I'd avoid talking about how The Legend of Zelda was the first thing to get me thinking about maps and dungeons. Or how I still steal monsters from Ninja Gaiden. Or, gog forbid, that most of the stuff I did with the horror genre was based off of Castlevania as opposed to something respectable. I've obviously gotten over this, but I remember thinking that video games were just not going to be highly thought of in the circles I frequented. There was (and still is) a lot of griping about video game elements seeping into table top games. This is understandable; there are a lot of stuff from them that make for a dubious mix with traditional gaming and they are certainly not to everyone's taste.

I can't ignore the influence they've had on me, though. While cartoons and bedtime stories my parents read to me were my introduction to fiction, video games represented the first time I really thought about it. I'd often mentally fill in the blanks for the scant story lines that were found in your typical Nintendo game and inject personality into the characters in the screen. I will admit with some embarrassment that I'd often speak for them, which is also probably where my love of funny voices comes from.

Anyway, in honor of Appendix N and wearing your influences on your sleeve I want to start talking about the games that inspired me as a kid and still find their way into my stuff even now. I have a very long list, but I'll talk about the ones that are a bit more obscure and do not have multiple (or at least similar) iterations of themselves.

First is one that is near and dear to my heart, a game called Clash at Demonhead. Kids nowadays will know that name thanks to it being used in the recent Scott Pilgrim comics and movie, but to me it will always bring to mind the adventures of Billy "Big Bang" Blitz. The plot is initially simple; our hero's vacation is interrupted by a pesky kidnapping, which is made a bit more alarming due to the a doomsday bomb snafu. Bang rushes off to saves the good(?) doctor, is heckled by a flying skeleton, meets some dubious allies, learns magic from a crazy flying hobo and finds out this all involves a much greater threat in the form of some crazy alien force that feels mankind needs to be eliminated.

Oh and a random demon shows up partway through (He literally has nothing to do with anything else in the game. Even the other villains don't see him coming) this causes everything to derail for a bit while you look for the magic sword needed to take him out.

Its pretty typical D&D stuff as far as I'm concerned.

One of my favorite bits from this game are the environmental obstacles that often block your progress in one of the various routes. These things will often kill you - you will drown if you stay too long in water, you will just die if you touch lava - and there is absolutely no warning of that. Many video games will give you helpful (if occasionally unnecessary) advice while you play. Conversely, I like to think that Clash watches you jump into liquid magma, die and laugh while saying "What the hell did you think was going to happen?"

Getting past these things involves going somewhere else and grabbing one of the numerous items in the game that will let you do so. Finding one is kind of like finding a key in Zelda but multiplied by a dozen or so. My personal favorite is the Jet Pack; but I imagine that would be the choice of any sane individual.

One of the results of this setup is that backtracking isn't just an option, its a necessity - along with learning a teleport spell and throwing a boss fight at one point. The game doesn't just have a non-linear progression, it goes all over the place in no particular pattern and I've always loved it for that. The influence on me is obvious I think - the maps for both Barovania and Akenia take a lot of cues from Clash. I don't want to overuse anything really, but it is fun to make sure there are going to be return trips to at least some of the areas.

Other stuff from the game stuck with me, but its the same sort of stuff that shows up on the big list of old games I liked - Colorful NPCs, the unapologetic presence of both super technology and magic as well as items and abilities that grant you new options as opposed to simply powering up existing ones. I should probably go over those in a more general post another time.
Posted by NaldoDrinan at 10:07 PM No comments: