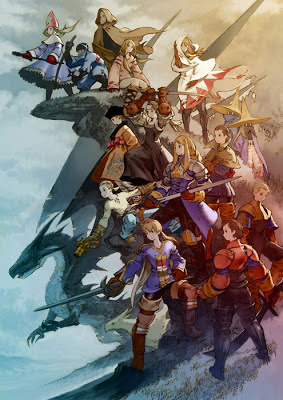 Determine ability scores
Please choose from one of the following options;

A) Roll 3d6 for each score in the following order; Strength, Dexterity, Constitution, Intelligence
Wisdom and Charisma
B) Go ahead and use another method, if that’s what floats your boat.

Choose your Alignment
There are three basic alignments in Akenia. Light, Neutrality and Dark. It is often assumed that Light is associated with justice and selflessness with Darkness as its opposite, but this is not true. Both are simply varied reflections of the energy that flows throughout the world.

If moving through other worlds, Light and Darkness line up with Law and Chaos in function, if not meaning. Other alignments are possible in Akenia, but do not have any significant, native mechanical effects..

Akenia is FLAILSNAILS compatible, so nearly any class or sort of character is cool as long as you check with me beforehand. If you want to make a character native to Akenia the following classes are the standard available. All natives PCs on Akenia are human, but with high variance in skin pigmentation and hair color. The people of Calian are known to occasionally have animal like features, such cat ears or fangs.

Blue Mages are here, They work as noted, save that they may only use minor melee weapons or small hand propelled missile weapons.

Paladins and Dark Knights use the same fighting ability, saving throws, hit die and experience point table as dwarves. The do not have infravision, or any dwarven searching ability. Instead, the function as below;
Starting Equipment
All characters begin with 3d6 x 10 Gold Pieces.

Notes: All armor types give a penalty equal to their AC bonus on checks for certain tasks such as moving silently, swimming, climbing etc. Shields cost 10 GP

Weapons
There are several broad categories of weapons that player characters can wield. The aesthetics and method of imperilment are generally left up the DM, player and individual campaign, but the baseline mechanics are included below. The user's strength modifier is added to all to hit rolls with a Melee weapon unless noted otherwise, whereas their dexterity modifier is added to all missile weapon attacks. All melee weapon damage is modified by its wielder’s strength modifier.

Additional Notes on Combat
Fighting with a single handed weapon and a shield grants an additional +1 to one's armor class.

Using a weapon in each hand allows the character to re-roll the d20 on a missed attack roll (The Attack Die's result remains the same). If the attack hits this time around, it is with the weapon in the PC's off-hand as opposed to their primary one.

Other Items (Additional Items can be purchased upon request, these are just examples)

Posted by NaldoDrinan at 5:39 PM