Barovania, that haunted, cursed land draws a multitude of individuals to its forsaken soil. These travelers are far from uniform in purpose; some seek to exploit the near anarchy of the place to loot and profit while others come to try and do some good for a land that so desperately needs it. Most fall in between these two extremes, as it is with many things.

The Slayers Triumvirate is a small group of adventurers that has banded together for one purpose; monster hunting. Each of the three has there own reason for such a thing, but none of which come in conflict with the other - at least not thus far. They have also managed to become surprisingly good friends in the short time they've worked together, but one must be able to trust those they fight with if they are going to survive in a place such as Barovania. 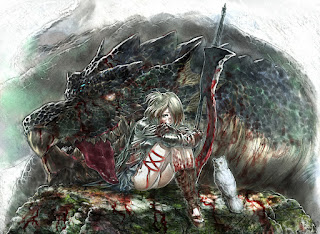 Other Gear: Magic Sandals that allow one to Jump as the spell, an Owl companion only she can communicate with.

Praxia is a young woman from Sithicus, a barbaric land ruled by the ruthless Soth Adder. Born a peasant, she was witness to the murder of those she loved and cared for at the hands of the iron-fisted despot's minions. Her raw hatred for the strong that prey on the weak manifested into the powers of a Murder Princess - and she now searches for powerful monsters and miscreants to kill as viciously as possible. 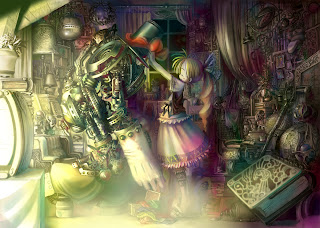 Other Gear: Magitek Purple Ray Generator (Cure Light Wounds x3 A day, as per spell), Happy Interaction Crystal (Preforms introductions and diplomacy in lieu of a charisma check, Favored Item), A currently inoperative robot that she desperately seeks a power source for.

Gertie is a brilliant young girl who hails from the Dark Capital. Knowing full well that her talents with Magitek would have had her drafted by the degrading Shadow Government, the child prodigy instead decided to flee to greener pastures, eventually meeting up with Praxia and joining forces with her. Gertie indulges her friend's beast killing tendencies for a disturbingly simple reason: a theory that behemoth hearts would be able to power any number of fantastic devices. 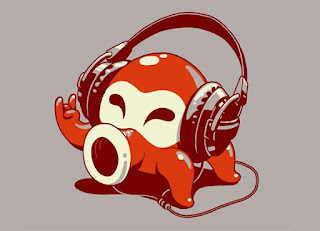 Other Gear: Lunar Head-Phones (Plays encouraging fanfare that counts a Bless spell when activated, makes it impossible to hear quiet noise while in use though)

Brap escaped from armies of Izdrannon the Devil Swine after a bit of a disagreement with his Iron Knuckle commanding officer; namely one that involved an escaping group of elven refugees. Unwilling to hurt non-combatants, Brap voiced his complaints with a rock to the head and a swift leaping retreat. Knowing return to the legion would mean his death (and really not desiring it in the end) Brap sought Barovania as a place to hang out for a while and instead found trouble in the form of two wandering female monster hunters.

The Octorock now has a hard-won trust with both Gertie and Praxia, whom he now worries about incessantly.

Posted by NaldoDrinan at 5:41 PM 2 comments:

Photodump for a yet unnamed settting

In the midst of all the other stuff I'm doing, I've been working on a setting for a fantasy game using Chaosium's BRPG system. I want to call it "Akenia" but I'm not 100% sure of that name yet.

Its inspired a lot by anime; but I want to stress its closer to what I feel is the more imaginative aspect of that medium. Eh, pictures are worth a thousand words and all that, so - 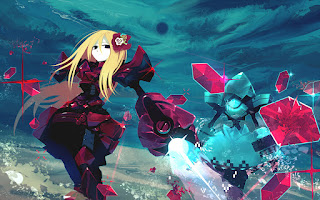 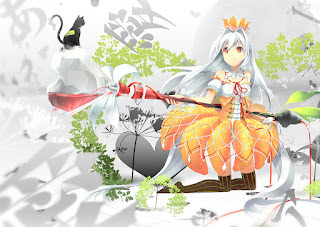 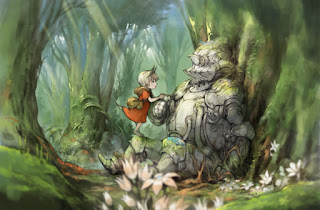 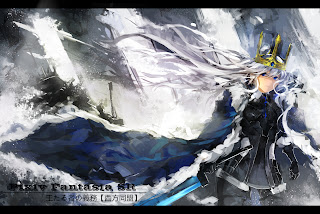 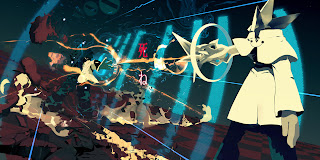 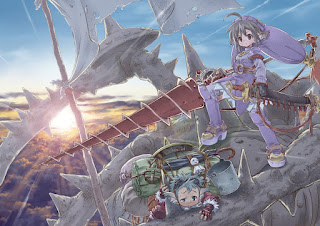 It'll be a bit before I get this to fruition, but when I do I'd like to run this for my home group and people on G+ at the same time. Its also kind of connected to another thing I wanted to do where a lot of the major power players in a setting were controlled by people other then myself.
Posted by NaldoDrinan at 7:35 PM No comments: 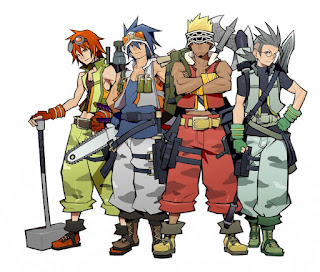 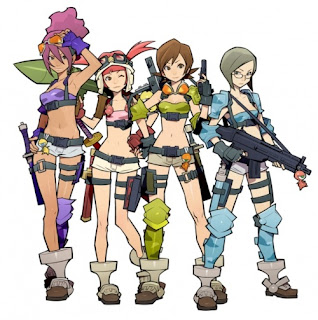 Posted by NaldoDrinan at 4:51 PM 4 comments: 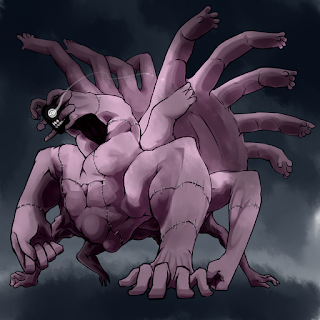 Special: If two or more of Manus's grasping flurry attacks hit the same target, that character has been grabbed and hoisted up by one of his numerous limbs. On the next round, and every round he retains his hold on them, Manus may attempt to either crush them (Automatically doing 1d12 + 4 points of damage) or stripping off armor or valuable clothing and casting it aside (This takes 1 round for every 2 points of AC the Armor grants). A character may attempt to escape this grasp by making a saving throw versus Paralysis each round after being grabbed. If a character is killed by Manus, it is safe to assume that the monster tears them limb from limb, potentially complicating attempts at resurrection.

Background: The Wonder Smith's creations are not limited to brass and steel; at different intervals of his unceasing life he has experimented with any number of materials - including writhing, living flesh.

Manus-Rex was the product of such a whim, created when the wandering demiurge decided he could use an assistant for his some of larger projects. While the creature turned out to be quite helpful, it was soon abandoned by the Wonder Smith for other things and Manus is still bitter about the matter. For now he scrambles about a ruined workshop attempting to finish half-baked constructions by constantly cannibalizing bits from other works as well as anyone unfortunate enough to pass him by.

Posted by NaldoDrinan at 8:34 PM No comments: