Queens of battle, Monarchs of murder

Whew! So after about a billion drafts, I finally have come up with a decidedly simple write up for this troublesome class. I'm happy with it, but I'd like to see what other people think, obviously.

Three notes;
- This is exactly the sort of class that benefits from something like DCC's "Mighty Deeds" rule, or Flying Swordsman's stunt die. If someone uses one of these in my home game, I'd be sure to utilize such a mechanic, though I'm not sure how receptive online people are to my rampant house-ruling online yet.
- The original write-up had rules for special mounts and vehicles, but I figure such things are better to be earned in game, anyway. I really ought to do an entry on special mounts and vehicles...
- While this class is sort of corny, I think there is room to play it entirely straight if one is so willing. Of course, if you want to be goofy as hell with it, that's awesome to. I'm guessing things will probably fall in between those two, most of the time.

In the battle of order versus chaos, mortal champions are often chosen by the powers that be to wage war in their stead. White knights on grand chargers strike out at foul warriors adorned in blood soaked armor, and thousands of soldiers die on both sides at the whim of distant and seemingly uncaring masters. It is a conflict that is everlasting and even necessary, but it does not change the bitter fact that individual humanity is often lost in the midst of this struggle.

Rare is the person who rises as a champion, unblessed by the either the cold arbiters of law or the fickle hand of chaos. But when such a person does rise, humans tend to flock to them or their banner and many will follow them to hell and back. The Battle Princess is such a warrior - she does not fight for any cause, save to preserve the hopes and dreams of the mortal heart.

A battle princess can be from any land or creed. All that is needed is a courage driven sword arm, a heart filled with hope and a desire to protect what one holds dear.

A blade forged from the heart: At character creation, the Battle Princess's player must choose her signature weapon. This must be chosen from the normal weapon list, but there are no restrictions beyond that. She may magically generate and maintain a single artisan version of this weapon each round. She may create one of these even if she has already done so in the previous round, but the older weapon vanishes. She may move and/or attack on the same round she creates a melee weapon. A missile weapon takes an entire round to generate, but 1d6 pieces of ammunition are made alongside it.

At 2nd level, a Battle Princess can maintain two of these weapons at once. At 3rd level, these weapons count as magical for the purpose of hitting and damaging certain creatures. At 4th level they are considered +1 to hit and damage gain a further cumulative +1 bonus every fourth level afterwards.

This power allows for very unorthodox methodology - abandoning weapons in fallen foes for allies to utilize, hurling swords at enemies that leap out of reach, and sometimes using weapons for tasks they wouldn't normally be suitable for, such prying open doors or making hand holds for a steep climb.

Have the courage of freshly picked flowers: As long as she is fighting alongside a good friend or defending someone weaker then herself, a Battle Princess is immune to effects that would cause her to panic or run. At fourth level, this ability grants a +2 bonus to saving throws for such effects to anyone who can see the Battle Princess and truly believes in her.

Protect those closest to your heart: Any friends that are fighting within 10 ft of a Battle Princess receive a +1 bonus to hit OR their AC. This is chosen by the Battle Princess at the beginning of each combat round, and applies to all those within the abilities range. The bonus increases to +2 at level 4.

People can, and often will fail you. Your staunchest allies will fall, your friends will abandon you in your time of need, and even your beloved may run to the arms of another. While many feel that you can only trust yourself, the Murder Princess embodies this line of philosophy. While they will not foolishly turn away useful help, it would be foolish to expect trust or openness from from such a warrior.

The Murder Princess powers come from a deep seated resentment of the rest of humanity. Some were once Battle Princess' who suffered a betrayal they could not forgive, while others have always been at least a little misanthropic. They need not even be overtly malicious; but very few are altruistic in the slightest.

Two things must dwell in your heart to be a Murder Princess; a willingness to kill for what you desire, and an unwillingness to look to others for help. 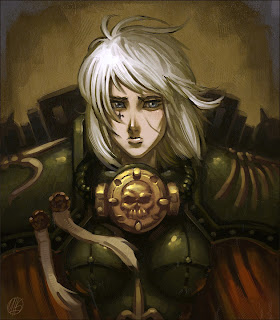 The Murder Princess is identical to a Battle Princess except she does not receive "Have the courage of freshly picked flowers" or "Protect those closest to your heart". Instead, the Murder Princess gains the following abilities:

Be the Pretty Hate Machine: Whenever the Murder Princess is fighting alone (basically, with no allies within 10 ft of her) wanton hatred takes hold and she may roll twice for damage, always taking the higher of the two rolls, and she attains a critical hit on a roll of 19 or better. If an ally does indeed begin fighting alongside her, distrust and paranoia force her to be meticulous. This grants her a +1 to hit and to her Armor class.

Never suffer the audacity of the inferior: If the Murder Princess is subject to an ability that causes fear, panic or any other sort of unwanted emotion, roll a saving throw normally. If the saving throw is failed, the Princess is filled with rage and must attack the originator of the effect, gaining a +2 to hit but suffering a -4 to her AC while lost in anger. She will not stop in till the offending party is completely destroyed, though she may continue to attempt saving throws each round to regain her senses.

Posted by NaldoDrinan at 7:45 AM