The Skull Baron of Hexenbracken 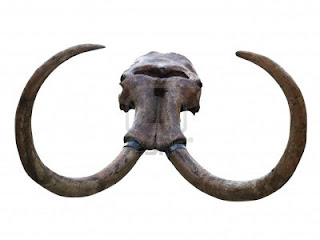 On either end of a long mountain pass sit two archways, both marble and once splendid, now smashed to near bits. All that remains is a foundation for what could have been. These wounded, melancholy structures are the only warning travelers receive of the Skull Baron.

The Baron sits silently in the center of the pass. The road and scenery about has been stamped down and crushed, thanks to any number of his many tantrums. He is a rare, single-headed ettin; his second head was born with a strange wasting disease which caused it to rot away in the Baron's adolescence. On the stump that remains, sits a mammoth skull stolen from the Ratmen's (Hex 0206) macabre idol. The skull normally lulls about, otherwise motionless - but someone studying it may spot a flicker of malevolent intelligence in it's empty eye sockets.

The maimed ettin does not move in till the players are in sight and within 60 feet of his person. He reacts then immediately, even if otherwise unprovoked. His complete insanity means that his actions are not influenced by players save in very rare exceptions.

The Skull Baron himself has the stats of a normal ettin or stone giant, but with maximum hit points. The Mammoth Skull is actually possessed by the malign soul of one of the Ratmen's former priests. It can speak telepathically to the Skull Baron and does so near constantly; it is the reason he has gone mad.

The Skull Baron's initial reactions are decided by rolling a d6. Any falsehoods the ettin speaks are whispered to him by the awful mammoth skull and he believes they are entirely true. In this sense he isn't actually lying.
If the Mammoth Skull is smashed, the Skull Baron regains his sanity; this does not change the fact that he was pretty much an awful person to begin with.
Posted by NaldoDrinan at 2:51 PM